It’s been a struggle to choose a direction for this assignment.

I’m not an especially political person. Politic, sure, but not political. What politics I have were learned from the women who raised me. They’re good politics (that’s language I grew up with, “such-and-such a person has ‘good politics’”) by any progressive standard but I didn’t forge them myself. In many regards, they are received ideas. It’s something I’ve spent a fair amount of time ruminating on.

I’ve been thinking about a memorial for the Las Vegas Shooting but the very idea of it makes me uneasy. I’ve never suffered from gun violence, nor do I know anyone who has. If I had to choose a cause, I doubt that would be it. I guess I don’t know what my motivation would be.

I do know where the inspiration behind the idea comes from, however. Some years ago at the 2014 ITP Winter Show, then 1st year Sharon De La Cruz showed a piece called #ferguson about the fatal shooting of 18 year old Michael Brown Jr. by a white police officer in Ferguson, Missouri. The shooting happened on August 9, 2014, just a four months prior to Sharon showing her piece.

My concept for the Vegas Shooting memorial asks participants to step up to window, hold a figurative rifle and ‘aim’ it at targets that trigger audio from the shooting.

The targets are either on the floor below (as the shooter was firing down on the crowd from quite high) or perhaps taped to a window overlooking the street or perhaps even sprawled out on the street below, which would make for the strongest enactment. 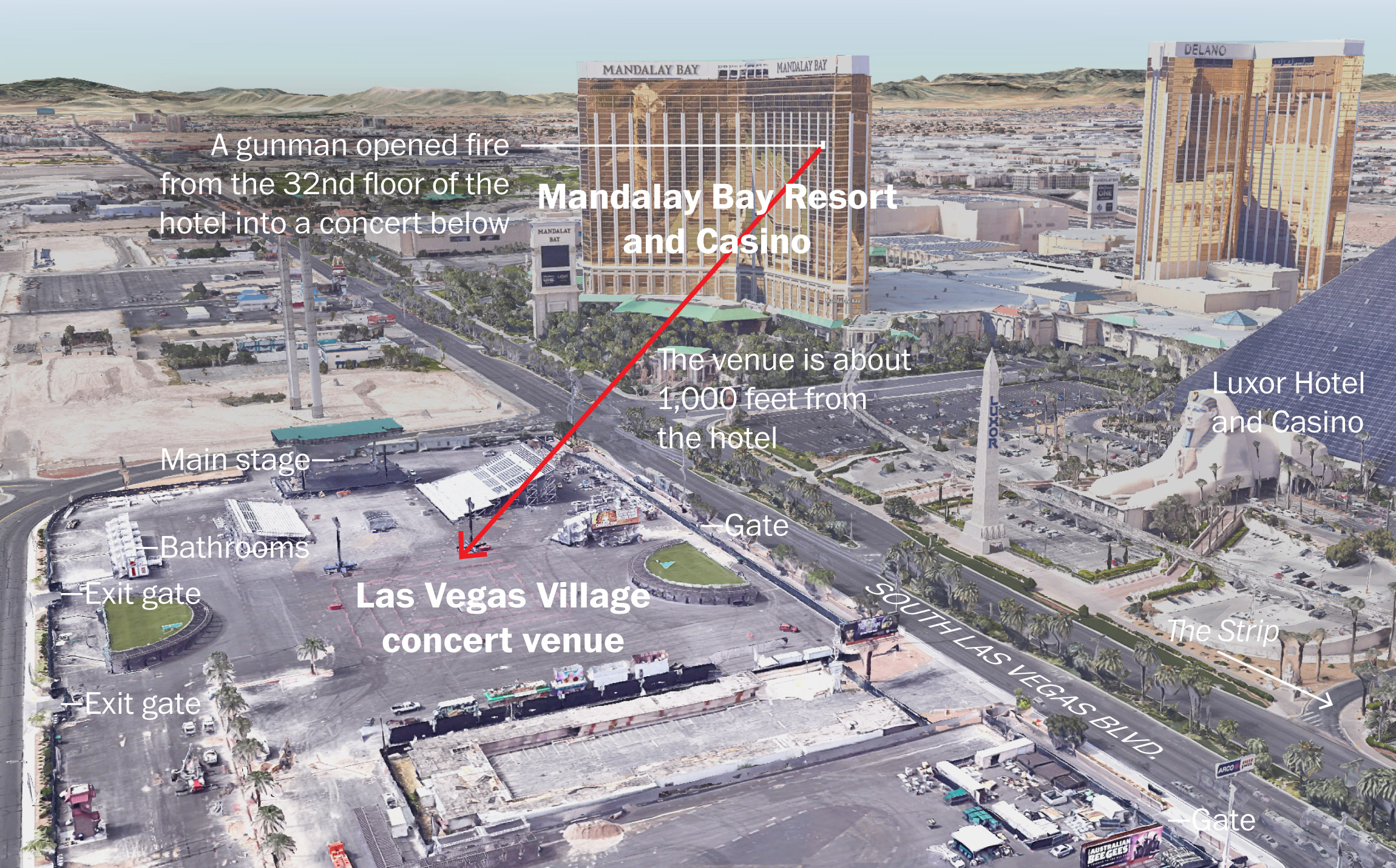 For the targets I’d hoped to use PhonoPaper codes. It’s a cool piece of technology but it appealed to me in particular because ‘playback’ is accomplished by passing the camera in a kind of ‘sweeping’ movement from one side of the image to the other, perhaps not unlike spraying bullets into a crowd.

The problem is achieving coherent playback is tricky. There’s probably an argument to be made for the effectiveness of requiring the user to do ‘work’ to render the audio but I suspect it’s just not the right tool for this design. And furthermore I haven’t been able to make the audio intelligible. QR codes might be a more plausible solution. They’re certainly not sexy as interactive technology goes though they do evoke targets in some way that might suit the concept.

But more than the technical challenges, the concept itself (to say nothing of actually showing it in public) has made me excruciatingly uncomfortable. Uncomfortable to the point of paralysis insofar as executing the project. I can’t shake the feeling it’s just in poor taste.

One of the assigned readings for this week, Discomfort Design: Critical Reflection through Uncomfortable Play by Lindsay Grace, has this to say:

The moment of discomfort must then derive not from depiction, but from any variant of simulation. This is a distinct trait of games, as play is about acting, not merely watching.

I’ve spent the last week trying to convince myself this concept is legitimately Grace’s directive only to end up feeling it’s nothing more than some kind of cheap shock art.